Basing its actions on information it told the BBC was “reliable intelligence,” the Pakistani government recently accused India of planning another military attack against them; the Indian government has vehemently denied the accusation, responding instead that Pakistan has “war hysteria.”

The accusation comes after over two months of heavy tension between the two nations, resulting in both countries targeting each other’s military bases, as well as military personnel, primarily through attacks and airstrikes.

Currently, the conflict between India and Pakistan is ongoing, though the vast majority of serious attacks took place from mid-February through the beginning of March.

According to an article published by Al Jazeera, a military convoy consisting of 78 vehicles collectively carrying more than 2,500 members of the Central Reserve Police Force (CRFP) was transporting personnel from Jammu to Sringar, both of which are cities located in the Indian state of Jammu and Kashmir. At approximately 3:15 in the afternoon, a car that had been carrying explosives deliberately crashed into a bus in the convoy carrying security personnel, resulting in the deaths of 40 personnel as well as injuring many others.

Jaish-e-Mohammed, a Pakistani militant group, later claimed full responsibility for the attack, which resulted in the Indian government blaming Pakistan for the bombing and subsequently vowing that a “robust response” would transpire. The Pakistani government fervently denied, and continues to deny, having had any involvement in the attack.

The Indian Air Force carried out airstrikes in Balakot, according to Al Jazeera, in a town in the Mansehra District of Northern Pakistan, where Jaish-e-Mohammed owns a facility. According to Indian media, Indian jets attacked numerous militant camps operating in Balakot, as well as in Chakothi and Muzaffarabad – two cities located in the Pakistani-controlled territory of Azad Jammu and Kashmir. The camps belonged to three main organizations, which included Jaish-e-Mohammed, Hizbul Mujahideen, and Lashkar-e-Taiba.

The Indian government claimed that the strikes were conducted in response to the Pulwama Attack that had taken place almost two weeks prior, and further went on to claim that the strikes had resulted in many “groups of jihadis and Jaish-e-Mohammed terrorists” who were allegedly planning to launch another suicide mission that targeted India’s military being killed.

Although the Pakistani government recognized the trespassing of Indian jets into the nation’s airspace, they deny India’s claims regarding the outcome of the air strikes. They have stated that there were no deaths since, allegedly, the Indian aircraft were stopped and the payloads were disposed of in unpopulated spaces.

The Pakistani military announced that it had conducted an airstrike against a series of targets in the Indian state of Jammu and Kashmir. A Pakistani military spokesman stated that, although the Pakistani air force was able to “lock onto Indian military installations,” weapons were dropped over open, unpopulated areas in an effort to minimize human loss as well as damage. Additionally, the spokesman claimed that the Pakistan Air Force shot down two Indian aircraft that were attempting to intrude upon Pakistan’s air space, with one Indian pilot having been captured by the Pakistani military.

Al Jazeera reported that Imran Khan, Pakistan’s prime minister, stated that the airstrikes were carried out as a means to “send a message” to India, further going on to “appeal for negotiations” so that a full-blown war could be avoided.

The Indian government denied Pakistan’s claims, instead stating that India had been able to successfully avert Pakistan’s attempt to “target military installations.” Although India initially rejected Pakistan’s claim of having captured an Indian pilot, the Indian Ministry of External Affairs later confirmed that a pilot had gone missing while an Indian fighter plane was engaging with a Pakistani aircraft.

The Pakistani military released the Indian pilot who had been captured two days prior, stating that the action was a “gesture of peace,” although India claimed that the release was an obligation under the Geneva Convention. Photos and videos of the interrogation of the Indian pilot, which were released by Pakistan, were condemned by Indian media. India also claimed that they were against the protocols of the Geneva Convention.

The Pakistani navy claimed an attempt by an Indian submarine to enter Pakistani territorial waters was successfully avoided. The navy released a video recording of a submarine they claimed to have been the intercepted Indian submarine. The Indian government, according to Al Jazeera, denied Pakistan’s statements, stating that the claims were nothing more than “false propaganda.”

Major conflicts between Indian and Pakistani forces have since eased, with most of the fighting being concentrated along the Line of Control, a de facto boundary situated between the Pakistani state of Azad Kashmir and the Indian state of Jammu and Kashmir.

Border conflict reached its peak Feb. 26-27, when fighting between the two sides resulted in a total of eight civilians killed and 21 injured.

On Mar. 6-7, as reported by Al Jazeera, conflict along the border resumed, and the area experienced a temporary, drastic rise, with Pakistani and Indian forces using heavy artillery fire. 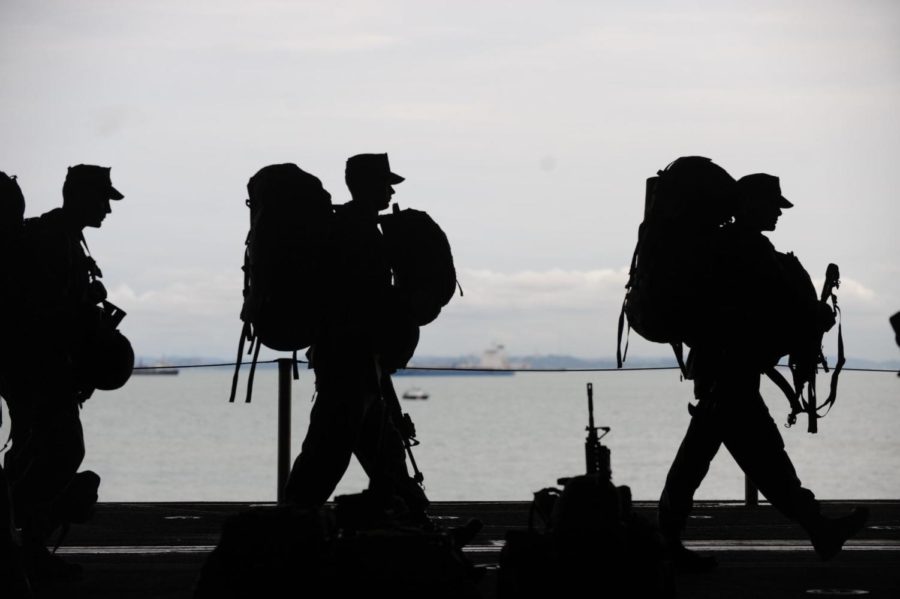 In 1947, British India was divided through the Partition of India, into two separate countries: India and Pakistan. In the late 1960s and early 1970s, Pakistan and India fought two wars that stemmed from the accumulation of small conflicts between both sides. As a result, Pakistan and India have, for nearly three-quarters of a century, been on bad terms with one another.

One Indian-American student stated that they were “neutral,” and “didn’t have strong feelings about either side.” Nevertheless, according to the same student, they believe that there was “one Pakistani student in ASD who was [greatly] affected by the conflict.”

“My extended family wasn’t really affected by it,” said a Pakistani student, “since it didn’t happen anywhere close to the city where my family lives. My feelings towards the fighting are pretty neutral since none of it impacted me directly. From what I understand, not many non-military people were killed. This whole thing is mostly just between the Indian and Pakistani armies, I think.”

Most ASD students do recognize that there’s long been at least some friction between Indians and Pakistanis. An Indian student stated that, although they haven’t been personally impacted by the conflict, they’ve observed that “there’s always some tension between the two sides–especially when it comes to the older generation, like my own dad, who lived in India.”

Another student, a Pakistani, said, “The people who take sides are usually older people who’ve spent their whole lives in India or Pakistan, and [they] have lived through the wars that the two countries fought, so they tend to be more biased towards the side that they support, since they don’t want to hear anything else.”

“The younger generation don’t really have the same strong feelings towards each other,” an Indian student suggested, and it may be because “we weren’t there when the partition of India happened, or the wars that India and Pakistan fought. I think that’s why a lot of us don’t care that much about the conflict. We don’t really understand what the big deal is, and why India and Pakistan always feel the need to fight.”

Most ASD high school students are confident that the recent conflicts will not escalate into anything larger. “Pakistan and India have always been kind of distant towards one another,” one Pakistani student stated. “But they haven’t had a full-scale war since the 1960s, so I don’t think that anything as big as a war will happen again anytime soon.”