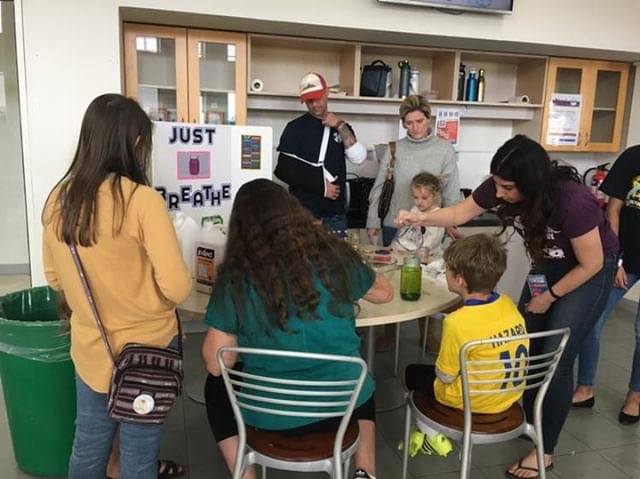 Students present their projects at the Maker Faire.

ASD’s 2nd annual Maker Faire took place in the middle of January and was dedicated to showcasing creativity at ASD and getting people interested in making and learning new things. This year, the number of people–attending and volunteering at the event–was much larger than before.

As a result of more participants, stalls where people displayed their projects were spread out all over the school, from the MS/HS cafeteria to the 6th-grade commons. Although there was a wide range of projects presented at the event, they all had the central, primary theme of “making.” While some stalls displayed a more STEM-related project, like robotics or coding efforts, others took more artistic routes by presenting projects related to music or crafting. 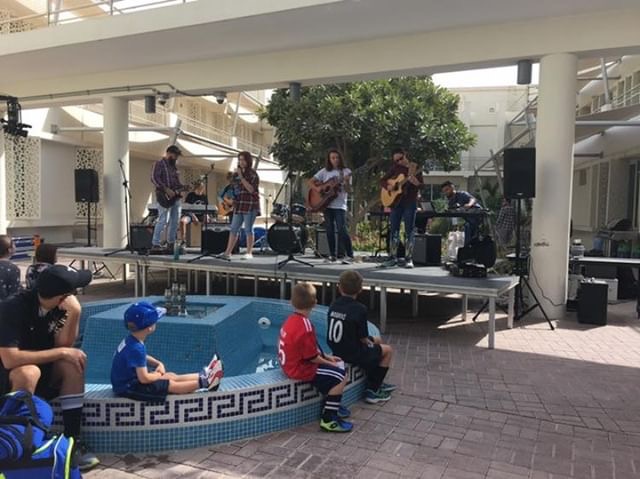 Mr. Brian Wright, head of the Maker Faire Committee, stated, “We are growing, and that is a great thing!”

A. Gaffoor (‘24), a 7th grader, ran a booth on how to make wallets out of duct tape. He  stated that he “thought it would be nice to show people how to make duct-tape wallets and duct-tape art.” 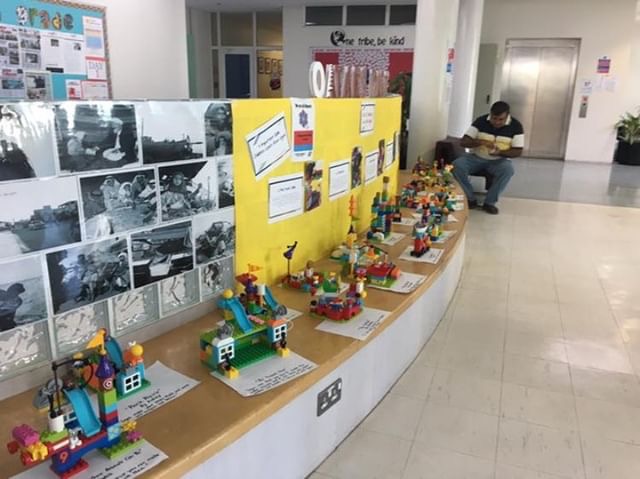 A. Dun-Roseman (‘23) presented how to make dog toys for PAWS. He had the goal of making 120 dogs toys for the rescue while showing an audience how to make the toys.

He happily exclaimed, “I really wanted to help the dogs at PAWS… so I decided to do this for the Maker Faire!” This was his first year running a booth, and  when asked about what changes he expected in the future, he said, “If more people came out and volunteered, it could be a lot better!”

Not only were students running booths, but so were many teachers. For example, Ms. Anita Reilly ran a booth to teach people sewing skills, and Ms. Jenn Kellett, a Lower Elementary teacher, showed people how to use GarageBand.

People from outside the school also participated in the fair. Benjamin Cieslinski, the manager of the Office of Engagement, Development, and Outreach at Texas A&M University, explained that he enjoys meeting middle and high school students interested in STEM fields.

He said that the Maker Faire “…gets bigger and bigger every year. That’s something I really like to see.” 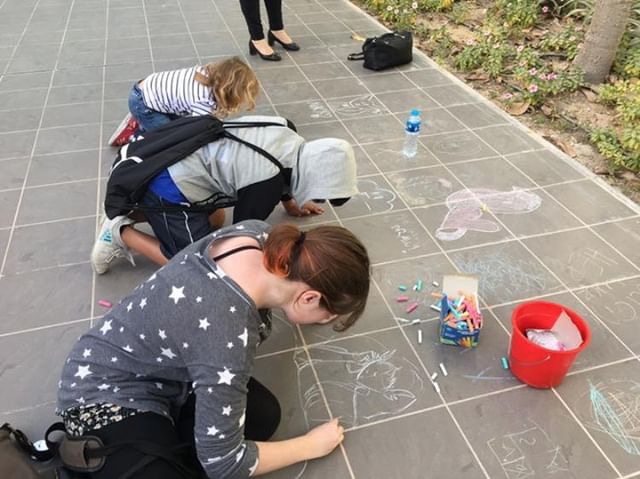 The Maker Faire is clearly a wonderful place to get children and parents interested in different fields, like STEM and Arts. Interesting booths help both young children and slightly older students delve deeply into different kinds of learning.

The happiness in the air was clearly visible with all the joyous faces and smiles all around, and one family stated that they looked forward to seeing what the Maker Faire had to offer.

Everyone looks forward to seeing how the Maker Faire will grow and change over the next years, and even people outside the ASD community can’t wait for the next opportunity to visit the Maker Faire. Organizers are hoping that the types of workshops become even more diverse and that other things, like writing, poetry, film-making, and more get introduced later on.

A huge thank you goes out to middle school computer teacher Mr. Brian Wright for heading the ASD Maker Faire Committee, as well as to all the fantastic volunteers who participated in the event, the tireless coordinators, and Chevron Petroleum for helping out with the costs.

Everyone can be a Maker, and there is always a chance to explore different things at the next Maker’s Faire!