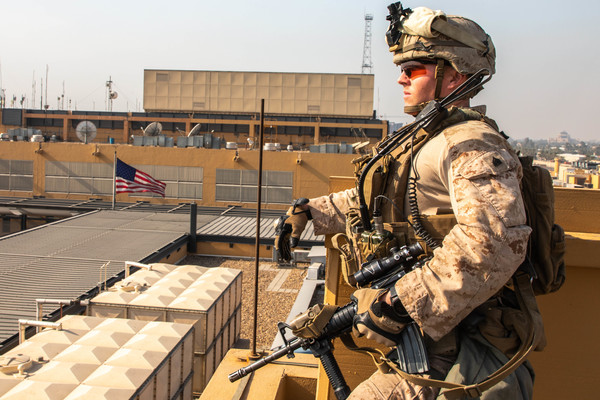 US Marines with 2nd Battalion, 7th Marines assigned to the Special Purpose Marine Air-Ground Task Force-Crisis Response-Central Command 19.2 reinforce the Baghdad Embassy Compound in Iraq, Jan. 3, 2020. The SPMAGTF-CR-CC is a quick reaction force, prepared to deploy a variety of capabilities across the region.

Hayat R. and Zuhoor A. 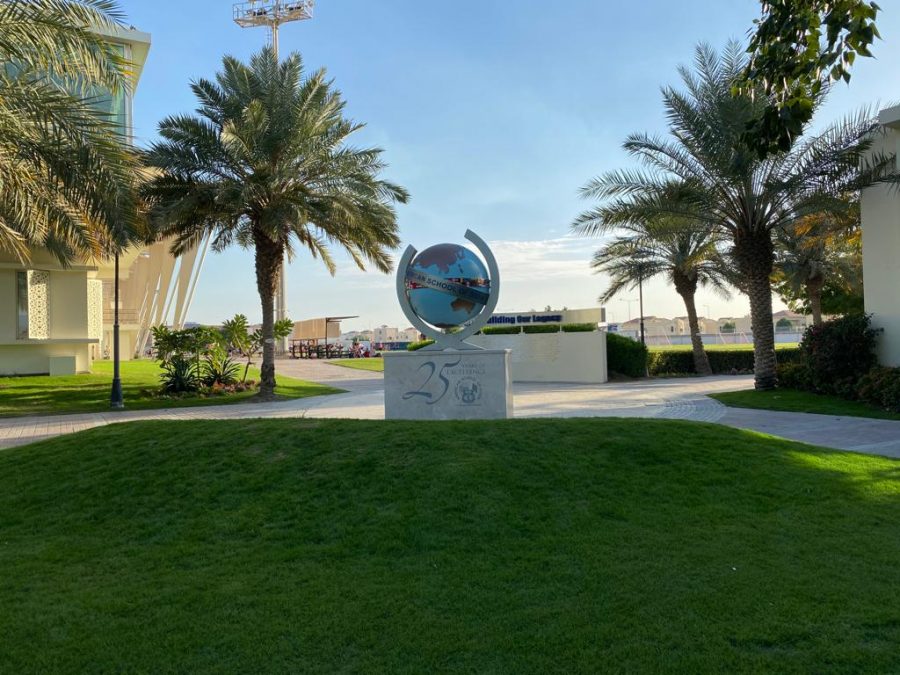 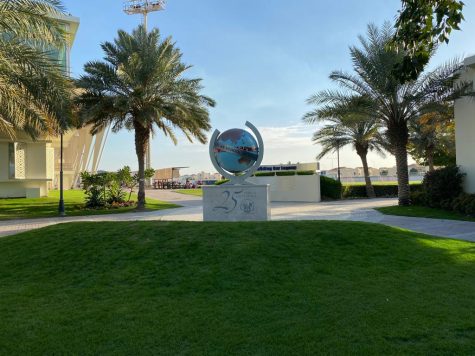 Z. Al-Fardan (‘20) believes that the U.S and Iran tensions “were grossly mishandled” by President Donald Trump.

After Trump ordered the killing of Iran’s most powerful commander on January 3, Qassim Suleimani, tensions in the Middle East region only got worse. As an American school in Qatar, the ASD community is vulnerable.

Dr. Tom Hawkins, director of the American School of Doha, sent out an email to ASD parents amidst the high tensions. In this email,  a message posted by the US embassy in Qatar advised all US citizens to “to maintain a high level of vigilance and practice good situational awareness” was shared to the parents.

Although the conflict is between US and Iran, many ASD students feel they have been impacted by the rising tensions. M. Amani (‘20) revealed that she struggles to voice her opinions as an Iranian-American attending an American school. Amani stated, “ I hold both citizenships, but I consider myself Iranian, so it’s kind of an awkward situation to be in.”

Amani also expressed that the WW3 memes that teenagers are spreading across social media platforms were insensitive and rude toward Iranian people who were grieving for their general.

Al-Fardan, a Qatari student at ASD believes that a war could break out in the region. Al-Fardan worries about the students who plan to attend university in Qatar, as tensions in the region have escalated from the U.S-Iran situation.

Al-Fardan also worries about her family’s safety and security as the possibility of war is likely in the region. Her family will retire and settle in Qatar very soon, which leaves her family vulnerable if a war breaks out.

“I will be coming in and out of the country to visit my family in Qatar as a university student in the US. I’m afraid if the current conditions will persist in the future,” says Al-Fardan.

Qatar has the biggest American military base in the Middle East, and it is a close target as the two countries lie on opposite coasts of the Arabian Gulf. 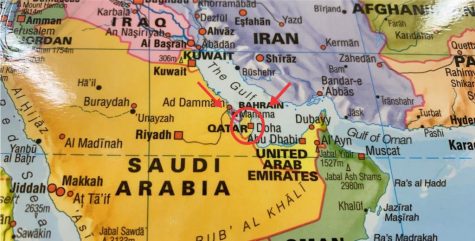 Qatar is a close target to Iran as they both border the Arabian Gulf.    Photographer: Zuhoor A.

Encar Romero is an overseas Filipino worker in Qatar. She has been working as a family nurse in a Qatari household for five years and hopes to one day work as a scrub nurse in a hospital. In light of the tensions between U.S. and Iran and the threat to the American base in Qatar, Romero asks, “What if a war occurs and I cannot provide for my family?”

Tensions between Iran and the US, due to the US missile attack that targeted and killed the Iranian general, Qasem Soleimani, in Baghdad, sparked worry everywhere in the world, but more so in the participating states as well as Qatar, as the Gulf country houses the biggest American base in the area.

According to the Middle East Eye,“the base in Qatar would be a prime target for Iran.” Reports of this sort have caused worry and speculation within the Qatari population. Some have worried about the potential effects on the local economy.

International and local media have intensified troubled feelings on the matter, and many social media posts have featured jokes or voices of serious concerns about a potential world war, many referencing it as “World War III.” Young American ex-pats and Qatari men have been especially vocal about their personal concerns on social media regarding a potential required draft.

Qatari men between the ages of 18-35 are required by the national government to complete a one-year military program where they are trained and prepared for combat. ASD graduate Abdulrahman Darwish is an 18-year-old Qatari man who has delayed his university start for one year to participate in mandatory military service. He stated, “I expected that next year I would be worried about getting to my classes in time. Now I am worried about being drafter into a meaningless war.”

The tensions may be complicated for the non-Qatari population as well, especially as the threat of escalating violence may deter them from staying in the country and working here, meaning there will be a shortage of labor supply in the country. Also, tourism will and has already been affected. According to Aljazeera, “The US men’s football team has cancelled its plans to go to Qatar for a winter training camp amid heightened tensions in the Middle East following the US assassination of Iran’s top general.”

However, there may be an unexpected opportunity for some Qatar residents as a result of all the unease and saber-rattling. Ali Alfardan, the vice chairman of Alfardan Group, chairman of Danat Qatar, states that “when there is stress in the area, some people would want to sell their investment for a cheap price. …Something that was one million you can [now] buy for 200-300 thousand. Here is where there is space for small investors.”

Chris Kalachian, a partner in Orangetheory Fitness, a growing Pilates studio in Qatar, says that he came to Doha a few years back to look for opportunities in the fitness industry. Only recently did he get a partnership he could afford due to limited investors. As the bigger investors left to other places to avoid the risk, however, Kalachian came to Qatar and took the risk. In doing so, Kalachian got the partnership he dreamed of with a smaller input relative to what he could afford.

While other workers may choose to leave in this troublesome situation, Romero may decide to stay and take advantage of the fact that because of the turmoil, perhaps fewer ex-pat nurses will come to Qatar. Romero says that she is “the breadwinner” in her family; however, perhaps in this situation she can take a chance in this country. She could stay through this tough time and find a vacant position in a hospital as a scrub nurse — her dream job.

In the accompanying video, Encar Romero, a Filipino worker in Qatar, and Ali Alfardan, a Qatari businessman, share their views about the potential effects the US-Iran troubles might have for the nation.